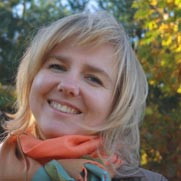 When Fr Maximilian Maria Kolbe volunteered to replace a strange man in the underground starvation bunker in the Nazi Concentration Camp, an officer asked him who he was. His reply was: “A catholic priest”.

One could go on writing for miles about the meaning of these two words : about causing Our Lord to be tangibly present among us during each Holy Mass, about the service of reconcilliation, which adds up into thousands of hours, about being a father for dozens and hundreds of people who come to confide their difficulties and problems with a total trust, or about being a brother and “everything to everyone”.

On December,15th there was the 27th Anniversary of our Fr Jay’s Ordination. Bearing in mind the limitation of just one blog post, we can only express our gratitude to God our Father that He made him a Father to so many. Most probably Fr Jay would have been a great plumber, paratrooper or diver, but all those who owe him so much – their returns to faith, victories in martial crises and the support of his persistent prayer – give thanks to the Providence for making him a “Catholic priest”. And a priest who loves being a priest.

The Team of Editors


Categorised in: Note from the Editors